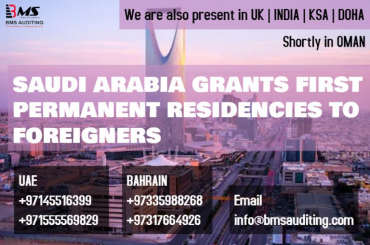 Saudi Arabia has granted first batch of “premium” residence visas on Monday, for investors, doctors, engineers or financiers who wish to live in the kingdom.

The kingdom received thousands of applications after offering permanent residency for 800,000 riyals ($213,000) or a one-year renewable permit for 100,000 riyals.

“The kingdom welcomes everyone. Applying for a premium residency is available to anyone who meets the relevant conditions, whether they are residing in the kingdom or those wishing to come and settle here,” commented the centre’s chief executive, Bandar Al Ayed.

The programme provides foreign nationals and their families long-term visas and privileges that were not available to non-Saudis previously. Applicants must be 21 years old, prove, financially solvent, should not have criminal record and should have a clean bill of health.

“When an investor comes to the kingdom, they come to a country with great economic and investment potential, and major projects led by Vision 2030, which ensures that the kingdom will be a fertile ground for minds, talent, venture capital, and a land of innovation and futuristic industries,” Mr Al Ayed said.

This is a major move in a region where many overseas workers are subject to some of the world’s most restrictive residency rules. The premium residencies also allow holders to switch jobs, exit the kingdom and sponsor visas for family members more easily.