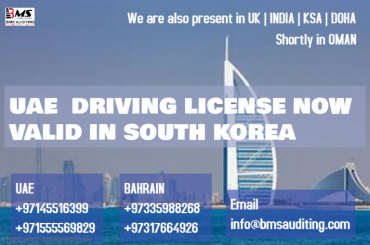 UAE Driving License to be Valid in South Korea

By signing this memorandum, it will facilitate the movement of holders of driving licences issued by the relevant official authorities during the stay for citizens of the two countries.