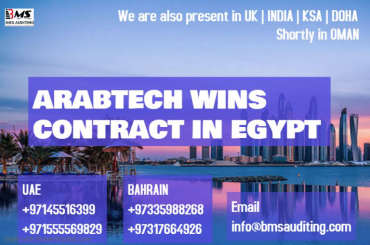 “We are excited to be working on the Greek Village and building on our relationship with Emaar Misr, which is consistent with our strategy to selectively build a solid pipeline regionally with long-standing and quality clients,” said Peter Pollard, Arabtec Holding’s group chief executive.

The contract work is expected to start immediately for a duration of 36 months. Arabtec is the biggest publicly-listed contractor in the UAE, with total assets of more than Dh10.8 billion and net equity of about Dh1.19bn. Arabtec moved to a loss of more than Dh400m due to reduction in revenues during the third quarter of the year.

The company professed a loss of Dh437.4m in the three months ending September 30, compared same period last year. Arabtec is in experimental merger talks with Abu Dhabi construction group Trojan Holding part of the Royal Group conglomerate. The company has borrowed UBS as a financial adviser to work on a “preliminary evaluation” of a potential deal.