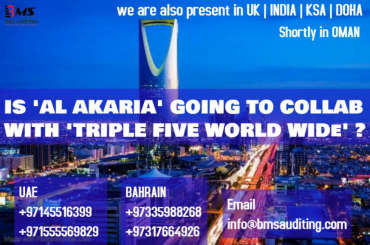 This new initiative will be comprising of theme parks, water parks, recreational and sports facilities, retail dining, shopping centers and hospitality components, with the latest artificial intelligence technology to create a different enthralling experience for all its visitors.

This project is as per Saudi Arabia Vision 2030, which aims to create partnerships between local and international players to bring best-in-class partners in the world to the country.

The development is located inside the Al Widyan masterplan. It is fully owned and being developed by Al Akaria. This Spread across 7 million square meters, the Al Widyan masterplan is being designed and developed as a fully-integrated mixed-use development and leisure destination formed on the concept of wellness and quality of life and incorporating a mixture of carefully planned lifestyle, commercial and entertainment districts. First phase launch of the Al Widyan project is targeted will be in the first half of 2020.

We are very proud to partner with Arabian Dream and Triple Five on the development of a mega leisure and entertainment destination at our Al Widyan project site. With the proven track record of Triple Five in developing such projects and creating new experiences for its visitors, we are confident that once completed, it will become a new destination for residents of Riyadh and visitors to Saudi Arabia. Through this project, we are also proud to play an active role in contributing towards Saudi Arabia’s Vision 2030”, said Aiman Mudaifer, Chairman of Saudi Real Estate Company.