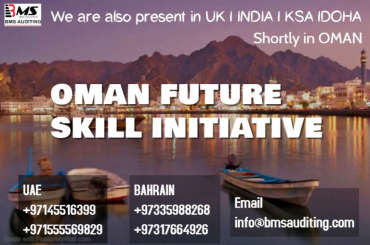 In partnership with World Economic Forum, Supreme Council launched Oman’s Future skills initiatives in press conference on Sunday at Sheraton Oman Hotel. The initiative targets to identify the skills that will be most important for raising the country’s productivity in an age of increased digitalisation, extreme automation and big data-driven artificial intelligence.

“Oman’s Future Skills Initiative comes in a timely manner as the world we are living in today has become an increasingly digitalised global village, with an ever-growing reliance on advanced technologies. Today we have some insights regarding upskilling and labour market productivity and the private sector can and must play an active role in driving long-term economic development at the heart of its strategy, in order to achieve the national objectives under the 9th five-year plan as well as those set out in the transformational strategy of Vision 2040,” said. Sayyida Rawan Al Said, Co-chair of Oman’s Future Skills.

Various areas were discussed in the event, important among the was how to improve digitalization. Speaker of the conference said that there should be a collaboration between all sectors to achieve growth.

The event displayed many fourth industrial revolution businesses using artificial intelligence, data analytics, virtual and augmented reality, and drones to demonstrate that the future is already here, and that the skills needed to flourish in the future are changing. The message was that, technology will create many more jobs over time.

A website was launched at the event to gather and showcase all such efforts and collect the pledges of support to make Oman’s Future Skills Initiative an absolute progress.