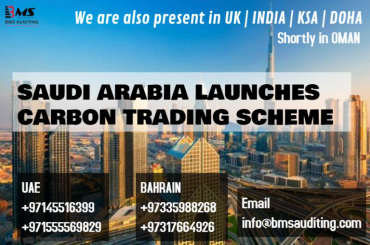 Saudi Arabia plans to launch a carbon trading scheme as the G20 member aims to diversify its energy supplies and reduce carbon emissions. As per the report by news agency Reuters, the kingdom will set up the market-based tool, which is designed to limit greenhouse gases (GHG).

Carbon trading schemes are introduced all over the world as governments try to reduce greenhouse gas emissions in the fight against global warming.

“We will come soon with a suggestion on carbon trading that would be a fair carbon trading system and I think it will work. Carbon is a resource. It is not something that we should just throw and just emit it. Actually, capturing it makes us make money out of it. We also operate one of the region’s most advanced CO2 enhanced oil recovery plants that captures and stores 800,000 tons of carbon dioxide annually” Said Energy Minister, Prince Abdulaziz bin Salman.

The kingdom at present operates the largest carbon capture and utilization plant in the world, converts half a million tons of CO2 annually into fertilizers and methanol.

“Saudi Arabia’s energy price reforms and efficiency program will help reduce local demand by as much as two million barrels per day of oil equivalent by 2030 compared with previous projections” said Prince Abdulaziz.