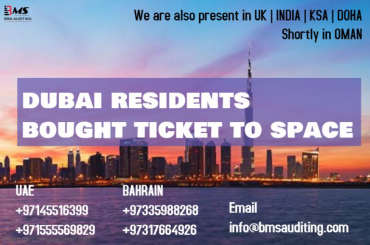 “We have just over 600 customers signed up for our flights and they represent 60 countries. One of the countries represented is the UAE, some of them are from Dubai. This is a very engaged region and there’s a lot of interest in the space sector.” Said Aleanna Crane, head of communications at Virgin Galactic.

Cost of 90-minute flight is $250,000 per person and passengers can experience a weightlessness for a few minutes.

The firm also launched spacesuits for its passengers, and they are on display at this year’s Dubai Airshow. The suit includes a base layer for temperature regulation and comfort. The There are several personalisation features on the top of the spacesuit, a button to communicate with other astronauts on board and the pilot, space boots, mission patch and a space for a country’s flag.

VSS Unity, Virgin Galactic’s SpaceShip vehicle has already had two successful test flights, one in December 2018 and another in February this year. It has recently launched its Astronaut Readiness Programme, as the company prepares to launch its first official flight in the first half of next year.