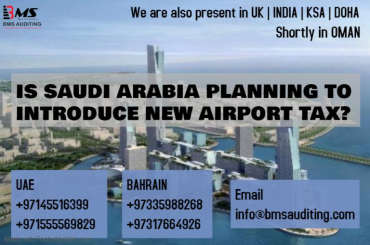 Saudi Arabia all set to impose Airport tax on passengers travelling on domestic routes in Saudi Arabia to improve airport facilities. Domestic travellers in Saudi Arabia will have to pay an airport tax of 10 Saudi riyals (Dh9.8) every time if they fly into or depart from airports in the kingdom.

The General Authority of Civil Aviation issued a circular articulating that Airport Building Charges for the use of passenger terminal buildings and facilities will be levied across the country’s airports from Wednesday, January 1, 2020. The additional tax will be used to fund airport infrastructure development projects.

Passengers will be charged SAR21 for a one-way trip which includes SAR10 each for the departure and arrival airports as well as SAR1 for value-added tax. Fee will be SAR42 for a round trip, with the fee increasing to SAR87 when a passenger books a domestic flight at a local international departure terminal.

Infants crew members, and transit passengers who do not leave the aircraft will be exempt from the fees. Airlines collect the charge from passengers by adding it to ticket prices. Authorities will review the charge every three years and could go up or down depending on inflation or deflation.