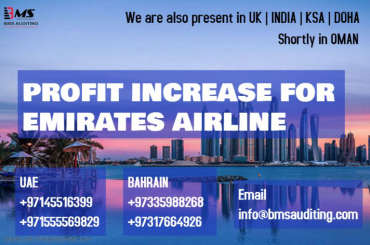 The largest carrier in the Middle East, Emirates Airline has reported a 282-percent rise in half-year net profits, due to a drop in operating costs and fuel prices. The outcome was a change of fortunes for the Dubai carrier, by the end of March took a heavy hit from high oil prices and currency fluctuations.

The carrier said net profit jumped to $235 million in the first six months of the current financial year compared to just $62 million at the same stage last year.

“The lower fuel cost was a welcome respite as we saw our fuel bill drop by AED 2 billion ($545 million) compared to the same period last year. The global outlook is difficult to predict, but we expect the airline and travel industry to continue facing headwinds over the next six months,” said Sheikh Ahmed bin Saeed Al-Maktoum, chairman and CEO of Emirates Airline and Group.

An 8 percent drop in operating costs and a rise in the number of passengers per flight also resulted in jump in profit.

“The Emirates Group delivered a steady and positive performance in the first half of 2019-20, by adapting our strategies to navigate the tough trading conditions and social-political uncertainty in many markets around the world.” said Emirates group chairman Sheikh Ahmed bin Saeed Al Maktoum.