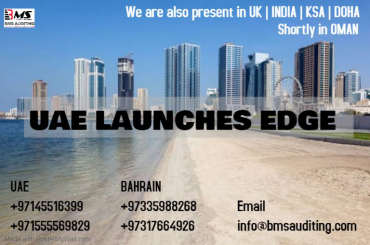 The new company will partner with top industry-equipment manufacturers and defence companies to boost innovation to protect against cyber-attacks, drones, the spread of wrong information and other emerging threats to national security in the UAE and across the globe.

“The solution to address hybrid warfare lies at the convergence of innovations from the commercial world and the military industry, Established with a core mandate to disrupt an antiquated military industry generally stifled by red tape, Edge is set to bring products to market faster and at more cost-effective price points” said Faisal Al Bannai, chief executive and managing director of Edge.

EDGE will develop partnerships with world-leading industry OEMs and defence contractors, the SME sector and academia. Boosting the rate of innovation, it will also be attracting high profile industry experts and talent from around the globe, to help on a wide range of modern product development, ranging from ideation to building cross domain capabilities.

The UAE used to import large amount of its defensive equipment from Western countries including the US and the UK. This move to establish EDGE is to reduce the country’s dependency on other countries.