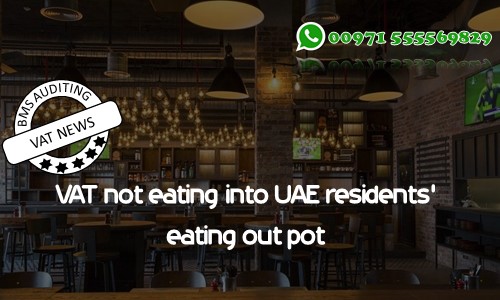 UAE residents have not cut down spending on food and beverages following the implementation of five per cent VAT from January 1 as sales remain robust, retailers and distributors said.

Speaking on the first day of Gulfood at Dubai, senior retail industry executives said that most – if not all – of retailers absorbed VAT in order to keep regular customers and maintain their market share.

“Most of the retailers decided to take VAT in their account to make customers more confident. Whenever new taxes are implemented in any part of the world, there is a reaction initially but then people start accepting it. Same is the case here in the UAE,” said Haresh Bhatia, country head for the OOH sector at Choithrams.

The UAE levied five per cent VAT on food and beverage products from January in line with its GCC agreement. This resulted in some major retailers announcing absorbing VAT as part of their marketing strategy to woo customers while others passed it on to consumers.

Bhatia said there was a little bit of concern initially but now people have taken it very positively because they know taxes are levied everywhere in the world by the governments to expand their revenues.

Bhatia, however, rejected the widely-popular perception about high profit margins by the retailers.

“Margins have never been very high. This is a wrong concept that people have. Here 90 per cent of retailers are on a rental basis. It is just recently few years back that people starting buying outlet and started saving a little bit. The market is so compact and competitive, you find six outlets in one small area and this was not the case in the past. Every retailer wants to hold its customers because the cake is the same and every body wants a pie of it,” he added.

During promotions, he said, margins shrink every further. “Sometimes retailers don’t even make two per cent.”

Neeraj Vohra, CEO of Unikai Foods, also rejected any impact of VAT as residents continue with their regular foods and beverages purchases. “There were some issues initially but we are quite optimistic about growth in 2018 and beyond. Since we are already into value segments, so wherever we could mange we absorbed VAT and where we couldn’t, we passed onto consumers,” Vohra said during an interview at Gulfood.

Usha Pagarani, partner at Al Maya Group, also denied any impact of VAT on sales, claiming that five per cent is very low. “With regards to VAT, we are very okay; every country has VAT and here it is only five per cent. We are very positive and food is a very good industry to be in,” Pagarani said.

Bhatia of Choithrams said beverages and energy drinks sales have declined. “It is a phase which will go away. Within three months’ time, sales – which have declined around seven to eight per cent – will be back to normal. In the UAE, be it a labourer, businessman or a common man, savings are still there for everyone.”