Long-term residents describe how their lives have altered due to this update since receiving a 10-year UAE Golden visa. 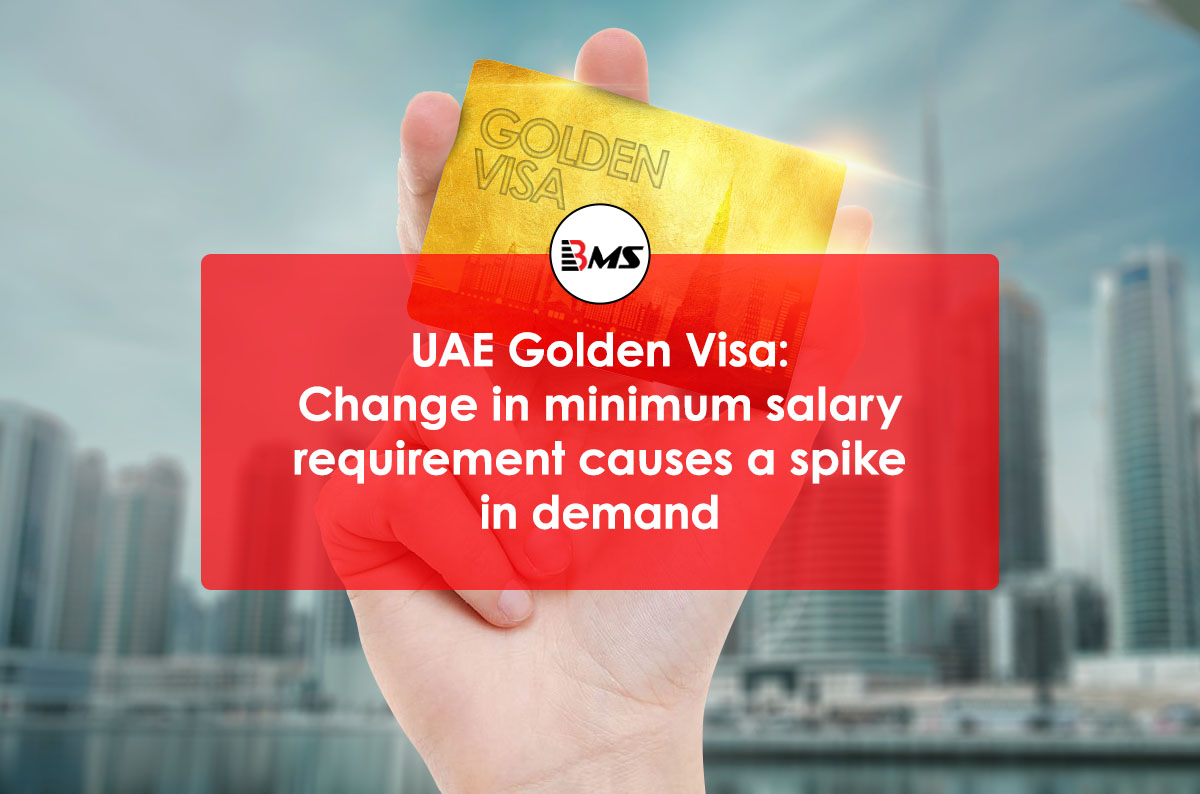 Since the decrease in the salary requirement for Golden Visa for skilled professionals in the UAE, there has been a dynamic increase in demand for long-term residency. About 30-40 Golden Visas have been issued every day at the Arabian Centre (Amer Centre, Sheikh Zayed Road) since the expansion of the scheme in October.

Firosekhan, the Operations Manager at the Arabian Centre said that most of the applications handled were for professionals and businessmen. He also added that they issued over 12000 long-term residency visas that year. Under the enhanced Golden Visa scheme, skilled professionals could get long-term residency with the minimum salary requirement dropped from AED 50,000 to AED30,000. Domains include Medicine, Science & Engineering, Information Technology, Business & Administration, Education, Law, Culture & Social Sciences.

The visa applicants must have a valid employment contract in the UAE, and be categorized at the first or second professional level according to the Ministry of Human Resources & Emiratization system. The applicant should hold at least a bachelor’s degree or equivalent educational qualification.

As per the General Directorate of Residency & Foreigners Affairs (GDRFA), over 151,600 Golden visas were issued in Dubai during 2019-2022. This could notably raise that more categories of migrants could obtain the desired visa.

As stated by the typing centre agents, the 10-year residency visa is the most preferred among the residents after the Advanced Visa System came into force.

UAE Golden Visa altered the Lives of These Residents!

Lebanese migrant Rosine Saad applied for the Golden Visa for certain practical reasons, stating that her visa was expiring and she did not have a permanent visa. She was active in the arts discipline, so she was found eligible.

However, it was not merely about seeking legal stability. Rosine added that she also wanted personal stability. Belonging to a nationality that could not do ‘visa runs’ she wanted something that connected her here. She could then focus on what she really wanted to do without being stressed about her legal status. She felt she could take ample time to explore creatively. She said that she would often take odd jobs just to have a legal presence in the country.

She hoped to get the visa renewed again in 10 years. Rosine hoped to see medical benefits for Golden Visa recipients and hence make a major difference for those without medical insurance.

Mir Imran Hussein had come to Dubai from India intending to stay for about 2-3 years. He said that most migrants were the same, and he realized the city was so welcoming when the attractive option for a 10-year visa had come up and he happily chose it.

Mir said that the visa gave him a chance to plan his life to think about aspects such as buying his own house and starting a production company. He also added that stability was the key, especially when having his family. Mir also said that when the visa was renewed every 2-3 years, there was no space for making bigger plans.

Being a Golden Visa holder, Mir wished to get visa-free travel across the GCC and receive relevant information from the authorities regarding investment opportunities in the UAE.

The visa would cost between AED2800 and AED3800 for visa applicants in the UAE. Here are certain updated benefits to be enjoyed by visa holders:

BMS Auditing assists with the update on Golden Visa and the change in the salary requirement.

Need help with applying for a Golden visa? Have queries? Contact BMS!

How to Set up a Business In Saudi Arabia?

UAE: BMS Auditing in association with GCC Vision is hosting one of the largest Gulf Investment Summit

Qatar: Football World Cup to Add Up to $17 Billion to Qatari Economy

What will be the impact of Corporate
Tax on your Business?
Contact us for Corporate Tax Consultancy